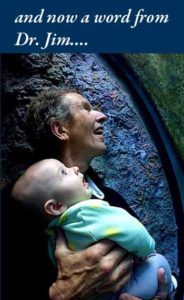 Our hero is busy at his stand-up desk in his Chiropractic office in Long Beach CA.

It’s about 12:00 Noon and his ex-wife has just canceled her appt. at the last minute. Dr. Jim is a nice guy who treats her in return for the lunch that she brings him. She canceled today so he has some time write and skip lunch. The stand up desk he is at was built by his son, Jason, of a fast growing Brazilian hard wood called Liptus.   The desk is cluttered with patient charts, projects half done, calendars, flyers and reminders of something that needs to be done sometime. These are all good reminders of the procrastination that has come to roost in his being. Internet Pandora is playing Yogi music of new age style. This means it is impossible to tell when the tunes begin or end. The electric heater is on, the venetian blinds are slightly open to bring in winter light. He is dressed in his Levi’s with white shirt and colorful tie. As is usual he is in his stocking feet. Bare feet are much healthier than shoes. He actually ran 2 miles on the streets in his bare feet this morning. He is carefully crafting a story of depth and weight of struggle and redemption. His life has been one continuous struggle in the face of mostly non-existent possible homelessness, failure and loss. He can actually remember experiencing all three of these at some point in his 70 years so the fear remains that they may return. Although it has been many years since hopelessness actually occurred. He was living in his car and doing as much dope as he could get his hands on when he met his now ex-wife in 1977. He was a burned out Viet Nam Vet and rock and roll Roady, back stage-hand and in his early thirty’s. He is now a respected Doctor, Diagnostician, Grandfather, property owner and golfer in Long Beach CA. This is the universal story of failing to live up to one’s potential (whatever that horrible apparition, potential, is). This is also the universal story of discovering, sooner or later, one’s total inability to control one’s own life, choices and habits. The world of “paradox” always comes into play sometime, eventually betwixt life and death. Dr. Jim deals daily with people’s complaints of body sensations, dysfunctions, pain and self pity and inability to express deep fear and rage. These are all dressed in many different costumes with a stunningly vast array of verbal descriptions and justifications. He is a Doctor. The insurance and pharmaceutical companies have discovered they could generate a lot of money for themselves from misrepresenting body functions. It works. Those executives make a lot of money.

Dr. Jim has been a volunteer at Terminal Island Federal Prison for 20 years.   Damn few of the inmates that come and go through Federal Prison grow enough to enjoy discovering this inability of personal power. Most of them, like us, continue to live in the delusion that they can control what they do, eat, their relationships, what they can learn and who they will trust. Turns out that most of these perceptions and activities are dictated by television, you–tubes, advertising agencies, childhood and really weird role models.

We really don’t have much choice. In very weird ways we do what we are told. Some of us are told to rob banks, smoke cigarettes, vape, eat health food and argue. So we do these things.

Dr. Jim along with billions of other people argued for the peace of mind and health benefits of inhaling toxic, noxious smoke from a cigarette on a regular basis for years and years. Never mind that the physical experience was anything but health promoting, he thought he was right about this habit. Arguing for how he still had some personal power he continued to smoke, justify and rationalize why.

Today not everyone smokes but most folks think that drinking alcohol will provide for some experience of fun. Also, alcohol consumption is advertised as increasing our chances for mating privileges. Even though the alcohol is really a poison we believe the delusional promises of the TV and Internet advertising. Alcohol even if it is flavored is still a dehydrating, antiseptic antibacterial substance that dries out brain cells. Never mind that, we wanna be cool and poison ourselves.

This same phenomenon of delusion includes most of what we all think of as “nourishing food”. We read or listen or are sold some information and then force our bodies to deal with the excess sugar, salt, oil and genetically modified whatever that may tease our taste buds and then generate the phenomenon of craving that only leaves us wanting more. Sugar is exactly this kind of socially accepted drug. Sugar has “zero” nutritional value and only makes us hungry for more. This sounds like a drug problem to me. With all the horrible health statistics that show our habitual lifestyle is our leading killer.

This story will include protagonists, antagonists, twisty plots, suspense and surprises. And as is usually the case, all these characters and situations will be discovered within our own minds. We live this drama daily and call it our life.

Dr. Jim, our hero and anti-hero, is a practicing Doctor of Chiropractic. He practices what is referred to as “health nut” stuff. He is 70 years old, does 250 push ups per day and regularly commits to physical challenges. The latest challenge is attempting, unsuccessfully, to give up coffee and sugar. Ah well, gotta die of something, he justifies.

During the last 7 years he has run the LA Marathon(the first one that was one-way from Dodger Stadium to the Santa Monica Pier), completed a 63 story stair climb as fund raiser for the American Lung Association, completed his first triathlon (which he needed to take swimming lessons from Bob Hirschhorn to complete), climbed 19,300 ft Mt Kilimanjaro in Africa(he was called Babu, which is Swahili for Grandfather as he was the oldest one at 68, on the climb that day), made another good will trip to Africa to deal with Alcoholism in Botswana and Zambia. And many other interesting adventures.

Dr. Jim smoked a pack a day of Marlboros for 39 years. He drank alcoholically and used just about every form of recreational and narcotic drugs for 27 years. He stopped the booze and drugs at 40. Cigarettes took a little longer. He stopped this time at age 57. It has taken some Chiropractic and health nut lifestyles to rehabilitate his body enough to climb to 19,300 ft and enjoy the life he now enjoys.

During 2014, 2015 and much of 2016 Dr. Jim spent every Sunday afternoon with his Granddaughter Matilda. Matilda was born Nov 13, 2013. She is a doll. As are most every Granddaughter. And she is a temperamental and smart fireball, as was her mother, Jennifer. Karma has been delightfully cooperative to bless my daughter Jennifer with a child just like her mother was for her parents. What goes around comes around.

Dr. Jim is stalked daily by the massive specters of “resignation” and “who cares?” These two formidable forces conspire to have me drink coffee, take naps, play words with friends, listen to the latest podcast, go shopping, anything but get in action to grow my income, my intellect or my influence. Or take any action to positively effect my or my family’s or my worlds future.

And then I justify it by “I’m too old and nothing makes any difference anyway” and “I tried that and I’m gonna die soon anyway…” In the privacy of my head, I have a symphony and full-on choir singing these paralyzing songs of “no possibility” that keep me in inaction. 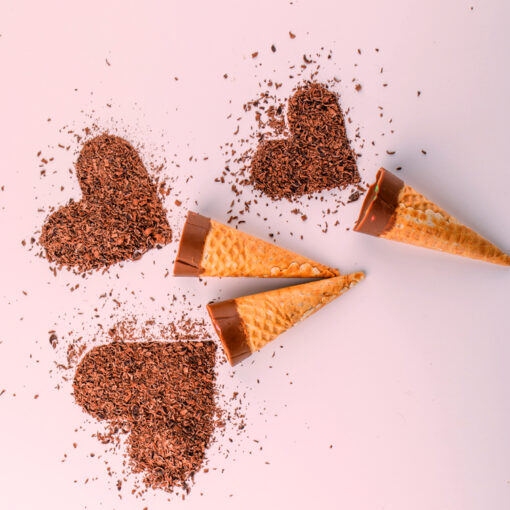 Prior to the Covid lockdown I had the pleasant task of picking up my 6 year-old Granddaughter from after school care.  I […] 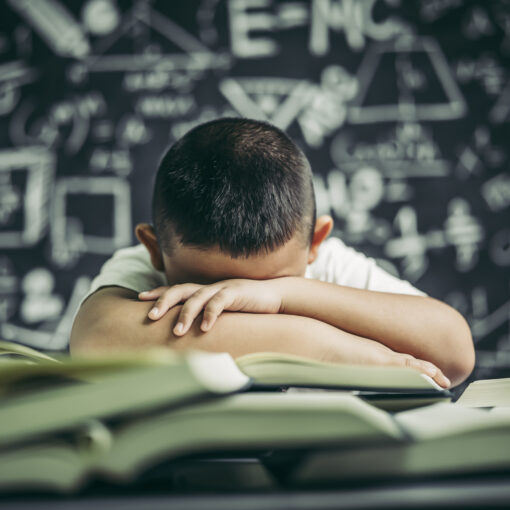 Pain often is a request for attention to one’s body.  Chronic pain is a continuing demand for attention.  One of the ways […] 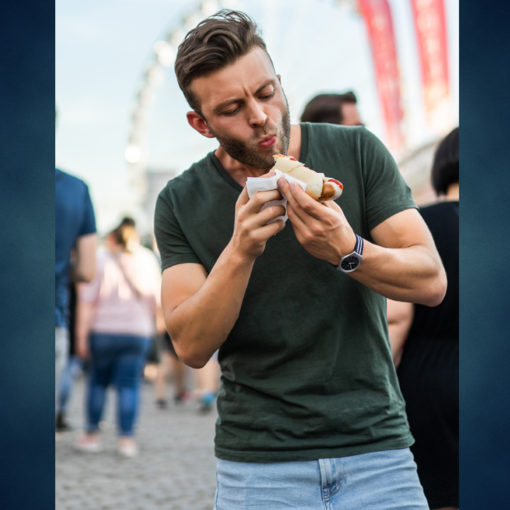 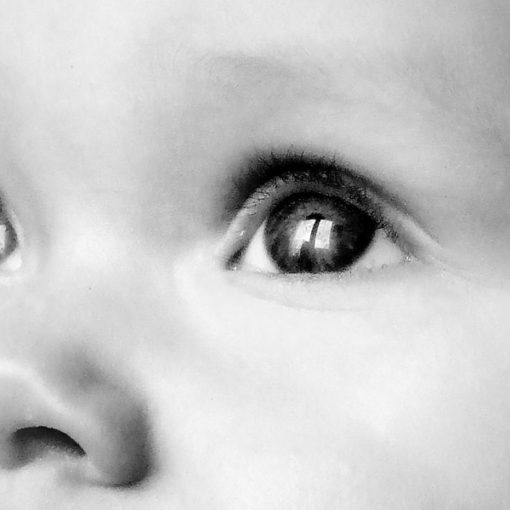 Every child is born bright, inquisitive, creative and very intelligent. Then life happens.  Life may not unfold as intended by the parents, […]